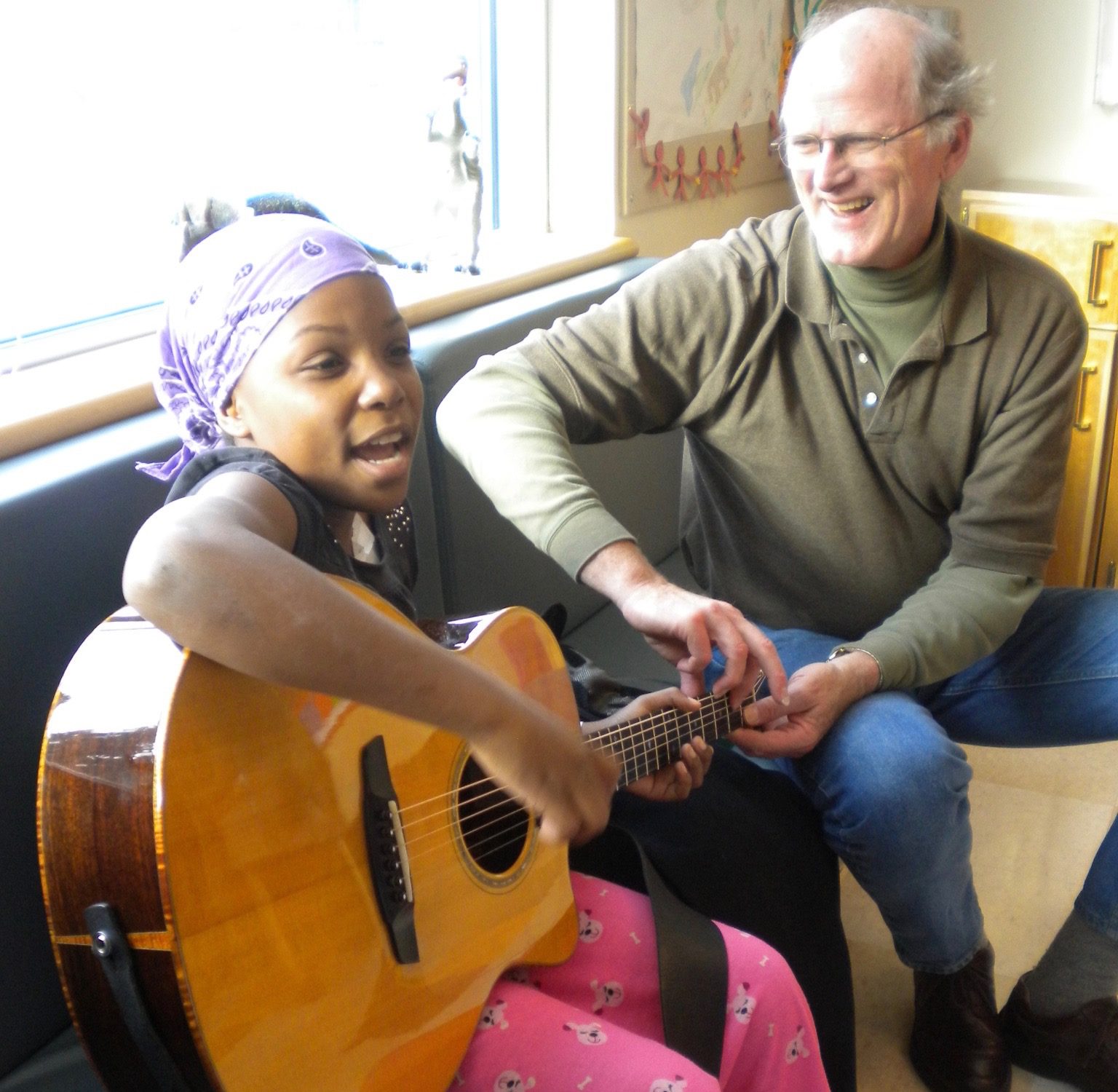 Mark Hanson is a well known performer, author, and instructor in the acoustic guitar field. A master guitarist and finger picker, he has authored over two dozen guitar books and DVDs on a variety of topics. Mark has released ten solo and group recordings, one of which – Solid Air Records’ “Henry Mancini Pink Guitar” – won a Grammy for best pop instrumental album in 2005.

Mark and his wife, Greta Pedersen founded Accent On Music, LLC in 1985. Together they have published dozens of Mark’s titles, performed worldwide, and played and sang for the President of the United States in San Francisco in 2009.